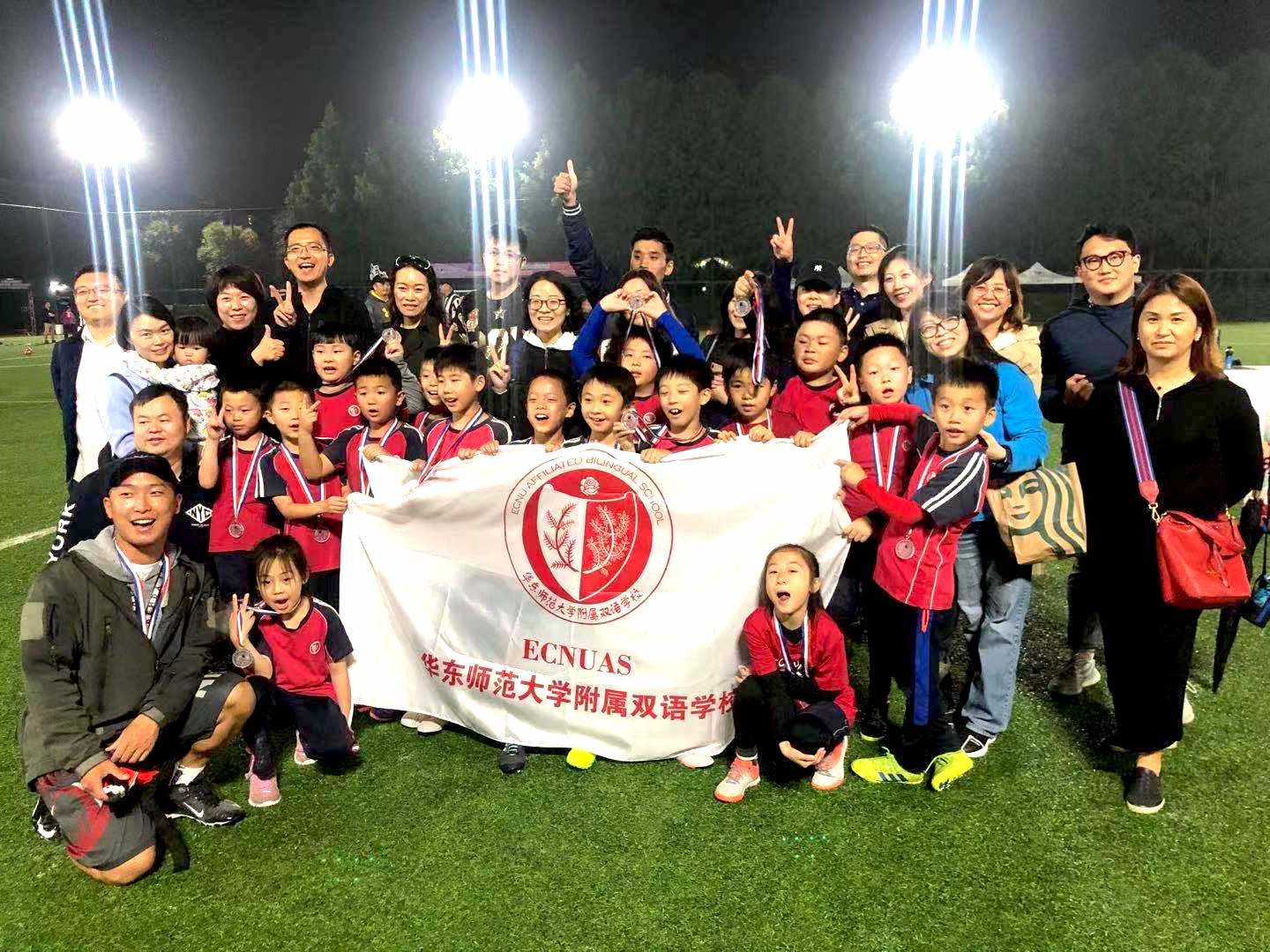 On November 23, ECNUAS American Football Team beat Qingpu Pinghe Bilingual School and won the first Young Players American Football League game within the Yangtze River Delta. The score was 20-18 to ECNUAS. The team was just established this autumn and this debut proved to be very successful.

Held by Shanghai Rugby Football Association (SRFA), this game attracted four schools like ECNUAS and Qingpu Pinghe to join in. This is a inter-school American football league for grade 2s and grade 3s. Compared to the traditional American football games, this flag football game doesn’t allow pushing people around. Players can score by taking off the flags on the opposition’s waists. It is safer and popular among recreational leagues around the world.

ECNUAS American Football Team started everything from scratch. The result of winning this competition proves the success of our holistic educational philosophy. We cooperate with professional rugby and football clubs to create our own team.

As Principal Gloria told the students, “At ECNUAS, P.E. is as important as the main academic subjects. It’s important that you can play football well or swim well here. You will be rewarded just the same as the other subjects.”

Li Xianrong, a student from G2B, exclaimed excitedly after the match, “Our rugby football team is amazing! I made a lot of friends and got to know our fantastic coach. I like playing matches. I am so happy that we are the champions this time. Everyone worked really hard to get this trophy!”

Gu Sili, another player from G2D said, “I really like playing football. It not only builds up my body, but also helps me learn that cooperation is important. Besides football, I also like playing basketball. I hope everyone can enjoy sports as much as I do.”

Gu Sili’s mom expressed gratitude to ECNUAS for setting up such an amazing club lesson for students.

Apart from the American football team, we also have baseball, badminton, football, tennis, swimming, skating and go-cart lessons for students here at ECNUAS. Students can experience various sports courses to find their interests.